This is brand new and was released in the Alzheimer’s Association’s 2019 Facts and Figures report.

After trying this 1 type of activity on 718 residents, this happened: “A consistent significant benefit to cognitive function was identified following treatment and the benefits appeared to be over and above any medication effects. This remained evident at follow-up up to three months after the end of treatment.”
Source: https://www.ncbi.nlm.nih.gov/pubmed/22889599

Can you guess what that activity is?

Their whole lives, residents have had opportunities to be creative. But, in this phase of their life, it’s hard.

So it kinda just makes sense when this was also reported: “Cognitive stimulation was associated with improved scores on tests of depression in people with mild-to-moderate Alzheimer’s dementia.”
Source: 2019 Alzheimer’s Disease Facts And Figures – report from Alzheimer’s Association (page 11)

Professionally, I’m a LEGO® Artist and in 2017 I started to experiment with LEGO and seniors…

I brought Duplo® large LEGO bricks and Minifigures to a memory care community and taught a few seniors how to build and create something. The effect this had on those seniors was so beautiful that I had to offer it to more communities. And I did.

The results have been amazing! Take Alice for example: 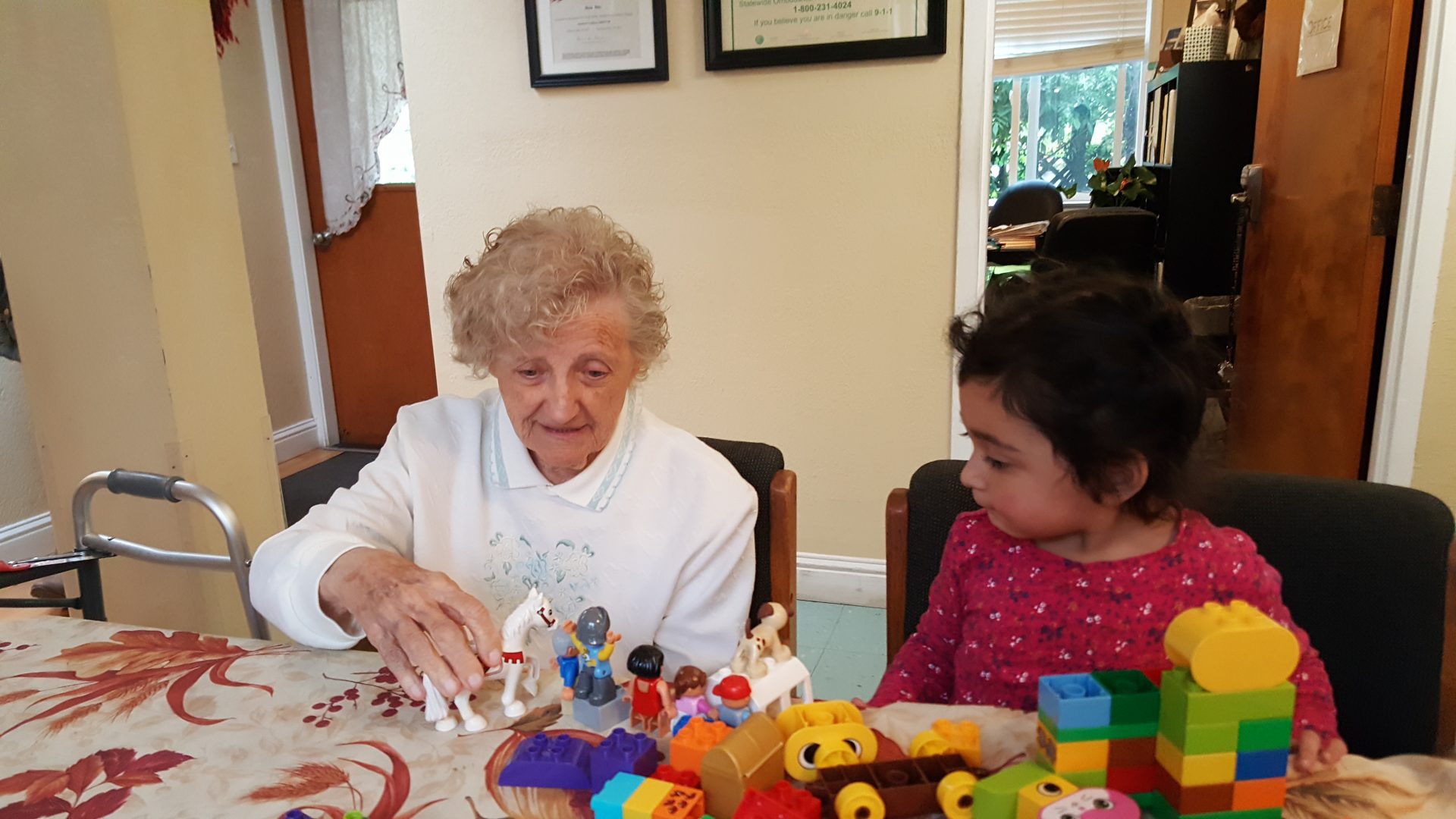 Alice was a late-stage dementia resident at Cedar Lane and her vocabulary was limited to “Thank You”. In one of our build sessions, a 3-year-old joined us. The little girl would hand Alice a miniature LEGO figure and Alice would line them up and start counting, one, two, three. They got up to 16 when we ran out of Minifigures, so I gave them a LEGO duck. The little girl gave it to Alice and Alice said, “Not the same”.

Everyone was shocked. Because Alice never says anything except “Thank You”.

But that’s not all.

Frances (a senior from the Brookdale facility) told us: “This activity activates my soul and enlivens my spirit.”

Or Florinda (she’s a resident from Cedar Lane Cares). 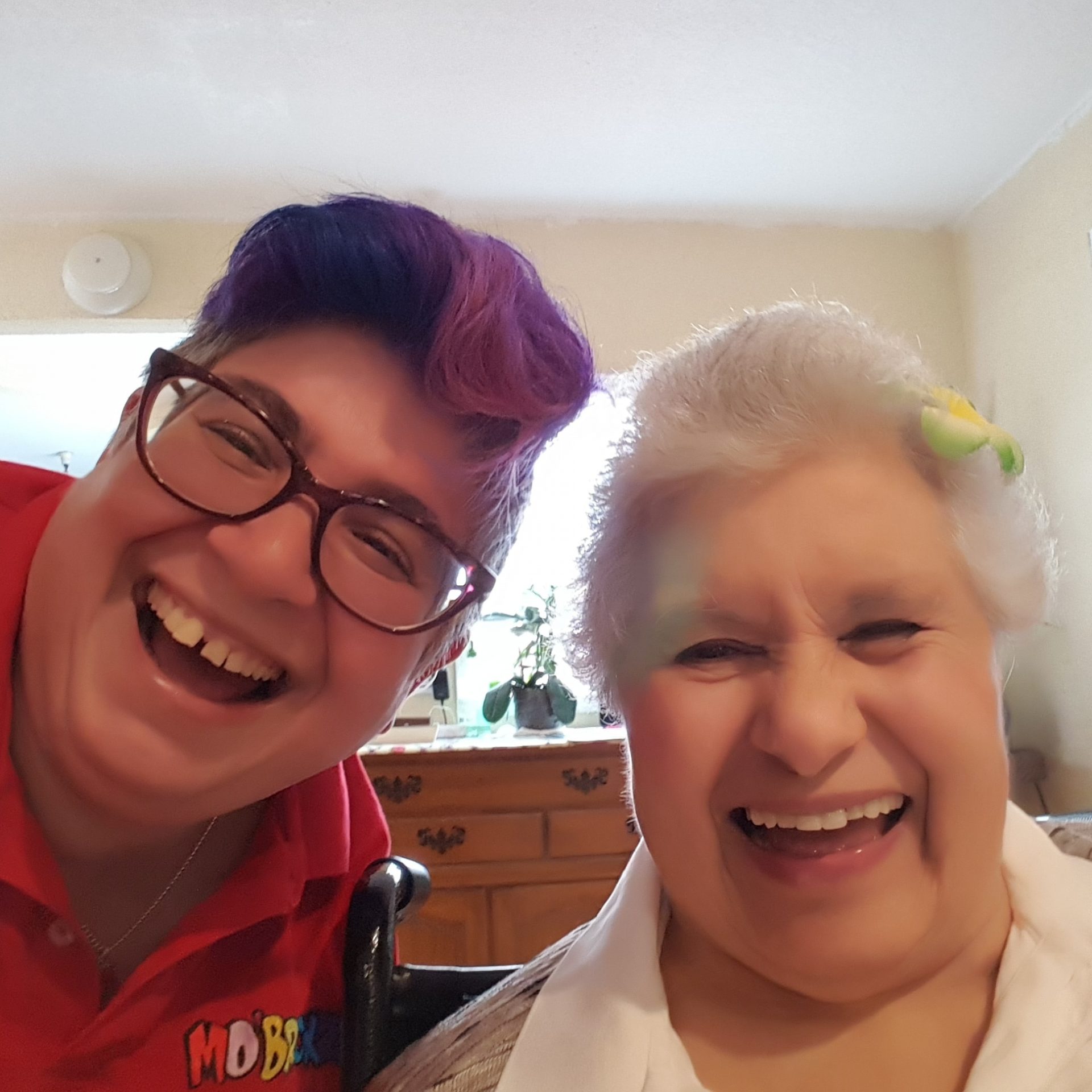 Florinda told me: “I love building with you, it makes me so happy!”.

After building something, I asked this lovely woman how her build made her feel and she said: “I feel fulfilled”.

There is something magical about Cognitive Stimulation AKA Creativity.

When you give residents the chance to be creative, the results can be amazing.

Patty and Mo'Brickz offer a wonderful opportunity for everyone both young and old to be creative and have fun with Lego building. We have had Mo'Brickz visit our senior community and work with our residents on numerous occasions. We all really enjoy each and every time we get together and look forward to all of the possibilities we can imagine to create with Legos. Thanks Patty and Mo'Brickz!

Very interactive facilitators with children and adults. Lots of variety of legos to stimulate their imagination.

Patty’s activity is such a fun and creative event. I went with four friends to a Mo’Brickz event at a LEGO® and Libations event at A Grape in the Fog in Pacifica and we all had a blast. Great date night idea!
Michelle DragoneyChief Buzz Officer, Coastside Buzz 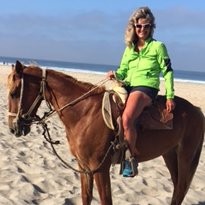 My son Hudson loves your class and he speaks very enthusiastically about it to us at home. Thank you from my husband and me for investing your valuable time in our son and for all you do for these little ones 🙂

Patty Sherin led an after-school Intro to LEGO® class and came well prepared with her LEGO® kits, free play LEGO® bricks and lesson plans. She creates a safe environment for students to explore and develop their creativity. She was compassionate, reliable and encouraging. It is evident that Patty has a love for helping students cultivate their imagination and the feedback from the students has been fantastic. This has been a very popular class and we will be offering it again.

My son had taken LEGO classes from Patty for several years now. The class is fantastic! Patty is fantastic! It's challenging enough, yet always fun! My son comes home from every class eager to tell me about what he built in class. Thank you Patty for being so great with the kids! 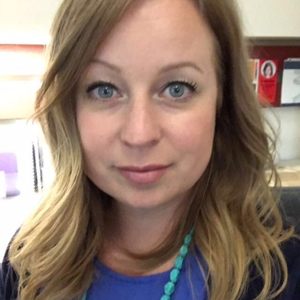 Patty is one of the most energetic, enthusiastic people I have met. Just being around her will energize you and make you feel better. Add LEGOs, and you are certain to re-experience the joy and awe you knew as a child. Remember when every picture you drew was worthy of a spot on the refrigerator? Remember when you believed you could be or do anything you wanted? Well, that's only lost to us if we accept it. Take a step toward re-energizing your life, take the chance of playing. I guarantee you will be pleased! 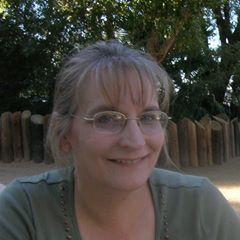 Want to help support us while we transition and move from in-person events to virtual ones? Please consider buying some of our merchandise here.
Are you looking for gift ideas? This is an affiliate link and I make a small commission on items sold.

LEGO® is a trademark of the LEGO Group of companies which does not sponsor, authorize or endorse this site. Opinions presented are our own and do not represent views or opinions of the LEGO Group.